Information on the client
Audi AG is a german premium automobile manufacturer and is owned by the Volkswagen Group.
Task
Concept, design and execution of an Audi quattro brand staging in the alps. (LP 1-8) 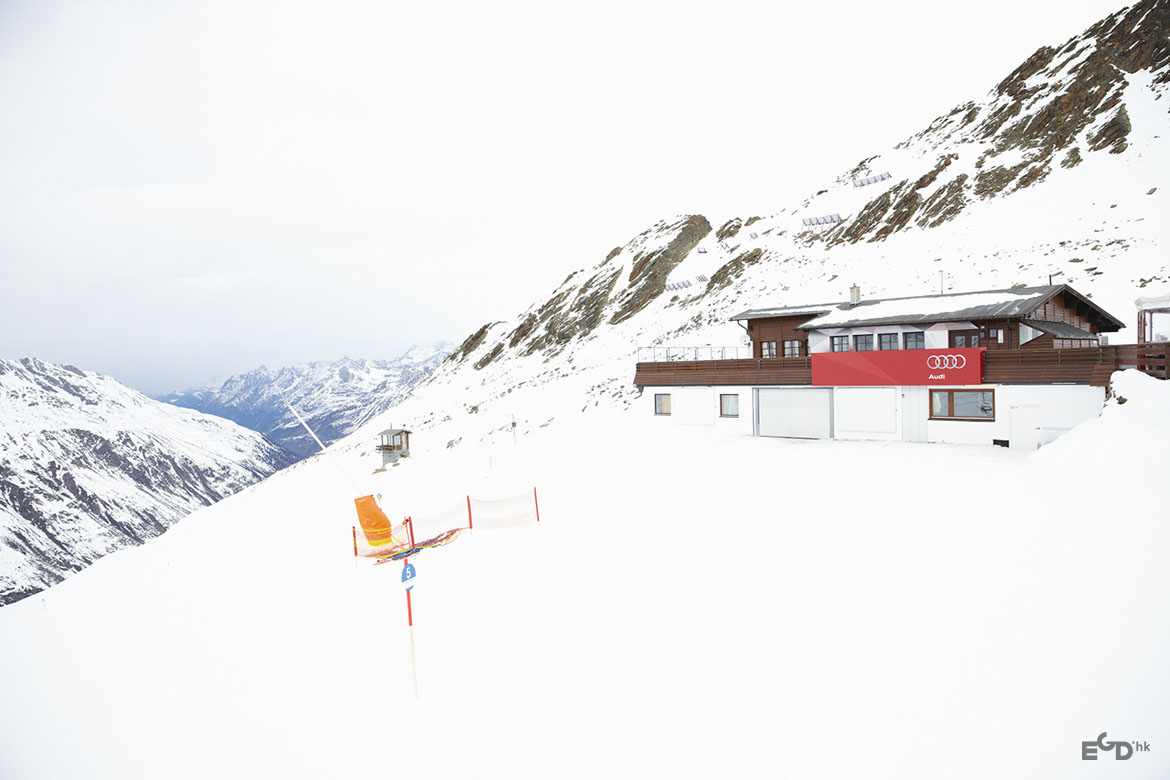 Approach
The Obergurgl-Hochgurgl skiing area is known as the ‘diamond of the Alps’, with an international reputation based on its extreme altitude and guaranteed snow. The quattro Festkogl Alm represents a dialogue between the Alpine environment and the world of high-tech, revealing Alpine images and themes in a new light and presenting design that combines traditional elements with avant-garde, and craftsmanship with high-tech production methods. 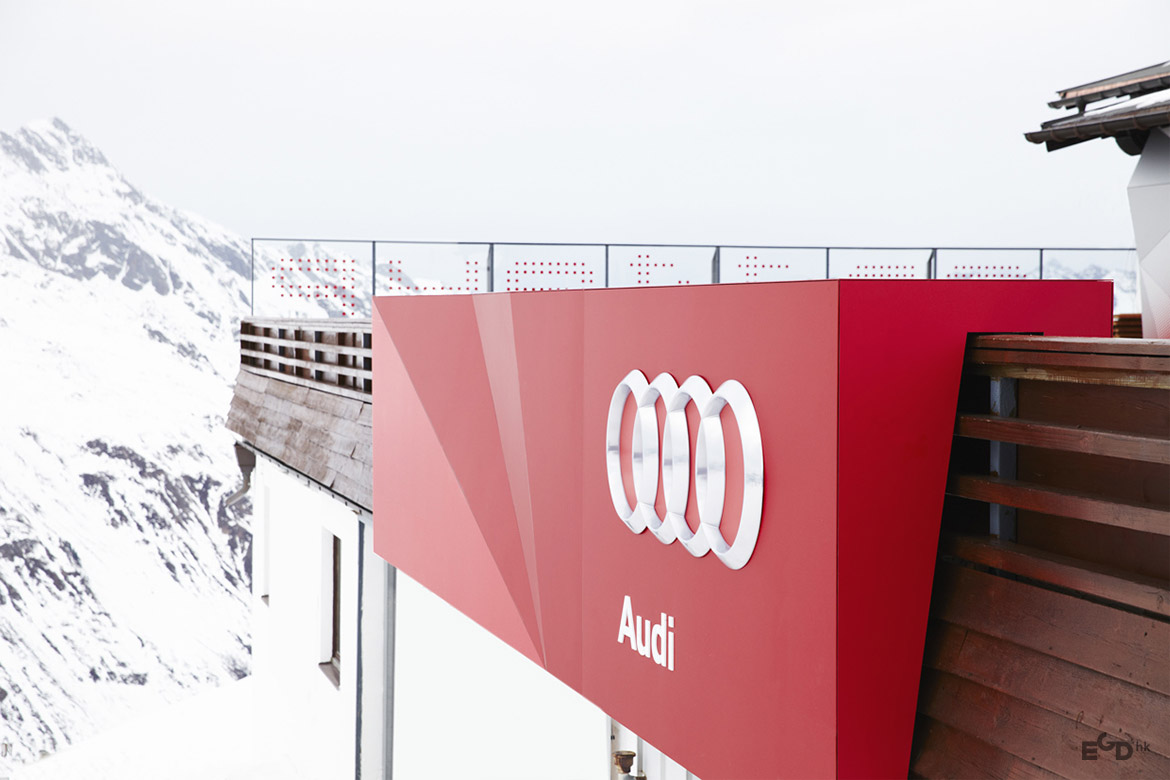 Part of the Festkogl Alm, located at an altitude of 2650 m at the heart of the skiing area, was renovated shortly before the start of peak season. The complexity of the plans was further exacerbated by severe weather conditions and extreme logistical challenges during the Alm hut’s continued operation. The realization of this architectural metamorphosis begins with a visual impetus arising from the parapet and extending throughout the terrace to reach its culmination on the facade.This core visual impetus is continued throughout the interior of the hut. The section of the dining area located behind the aluminium facade features faceted interior walls, forming the maximum contrast to the existing interior design of the hut and establishing a dialogue between the smaller-scale, traditional sectioned wooden elements and the large-scale geometric aluminium surfaces. 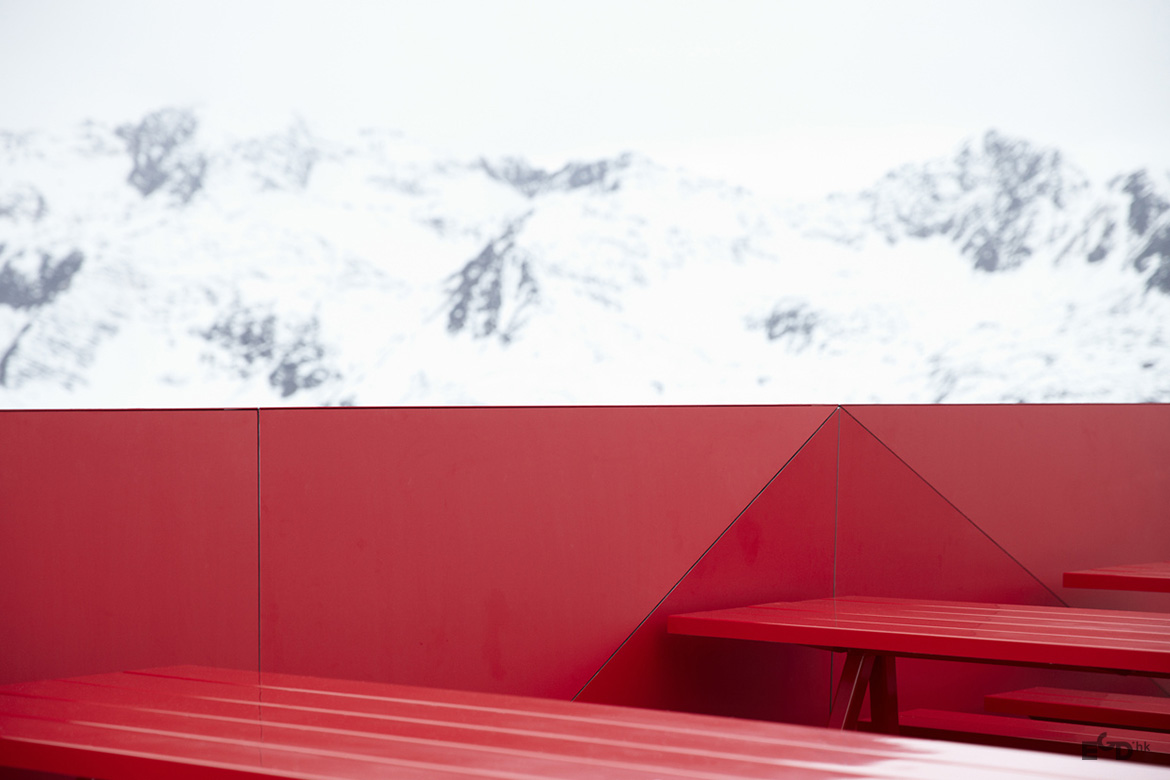 The contrast between old and new that begins at the entrance to the hut builds throughout the interior, with its media-enhanced elements, before subsiding again at the entrance to the second dining area. The decor of the heating stove is inspired by aspects of traditional mountain hut interiors, but combines them with elements drawn from the history of the quattro. Instead of a traditional stag’s head, the stove features a 3D sintered model of a gecko – symbol of the quattro technology. In their ‘non-activated’ state, the tables appear to feature red-and-white checked tablecloths as centrepieces. When the tablecloth is ‘activated’ the checked pattern dissolves to show a mountain landscape through which an Audi with quattro technology is seen making confident progress. 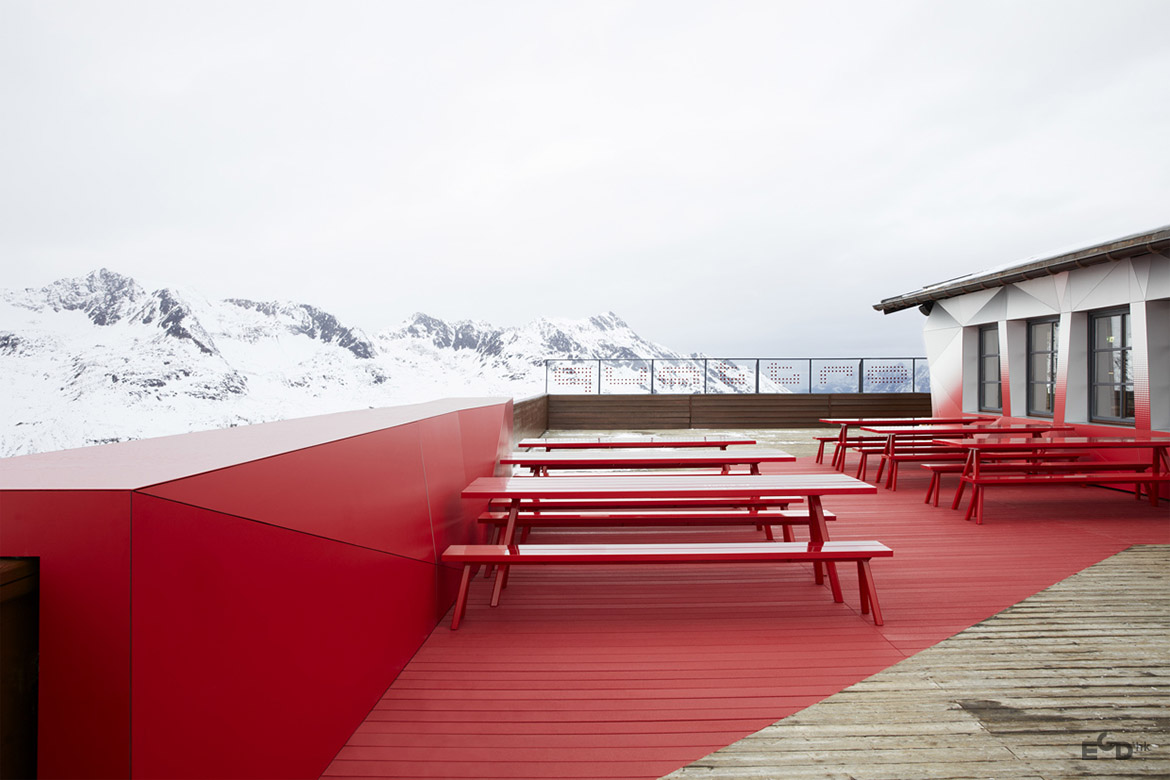 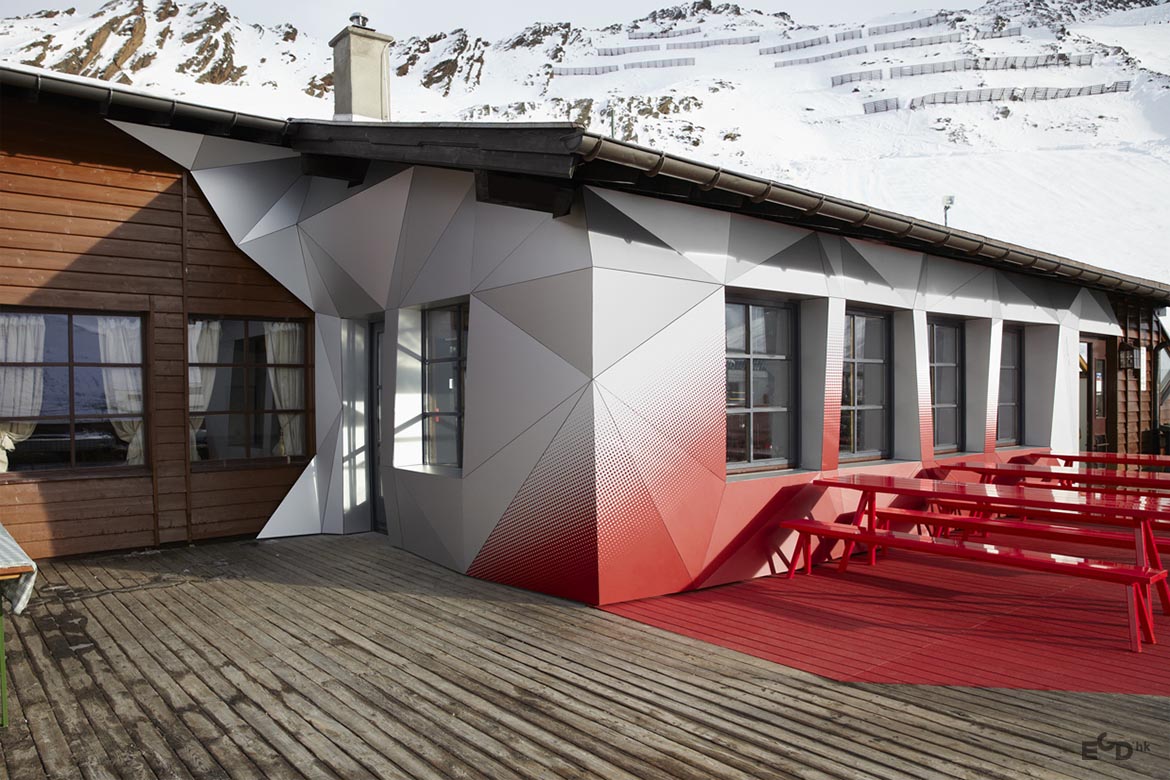 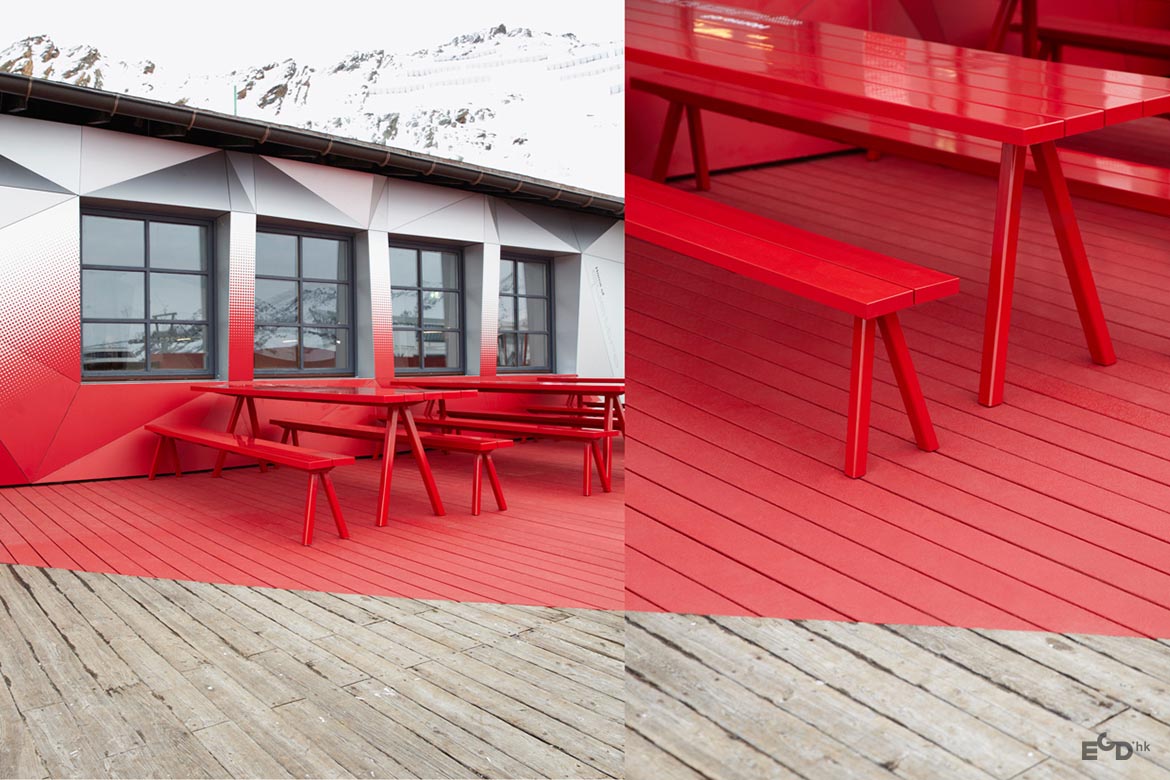 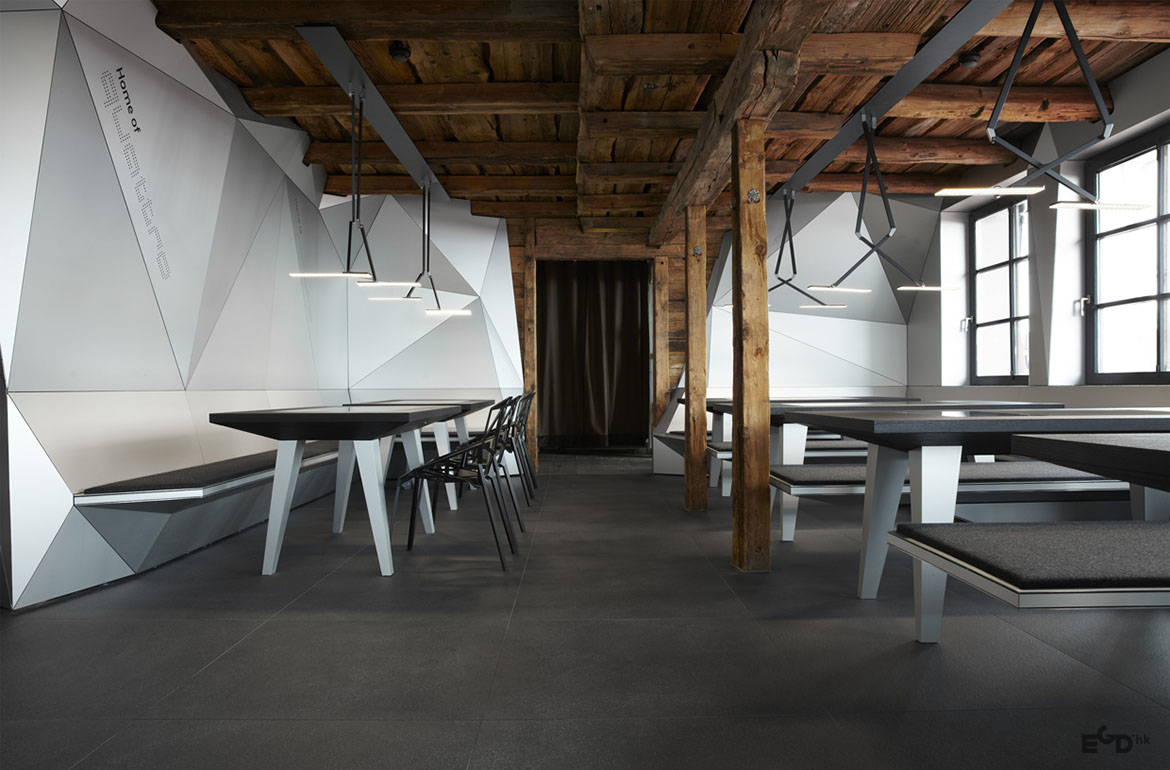 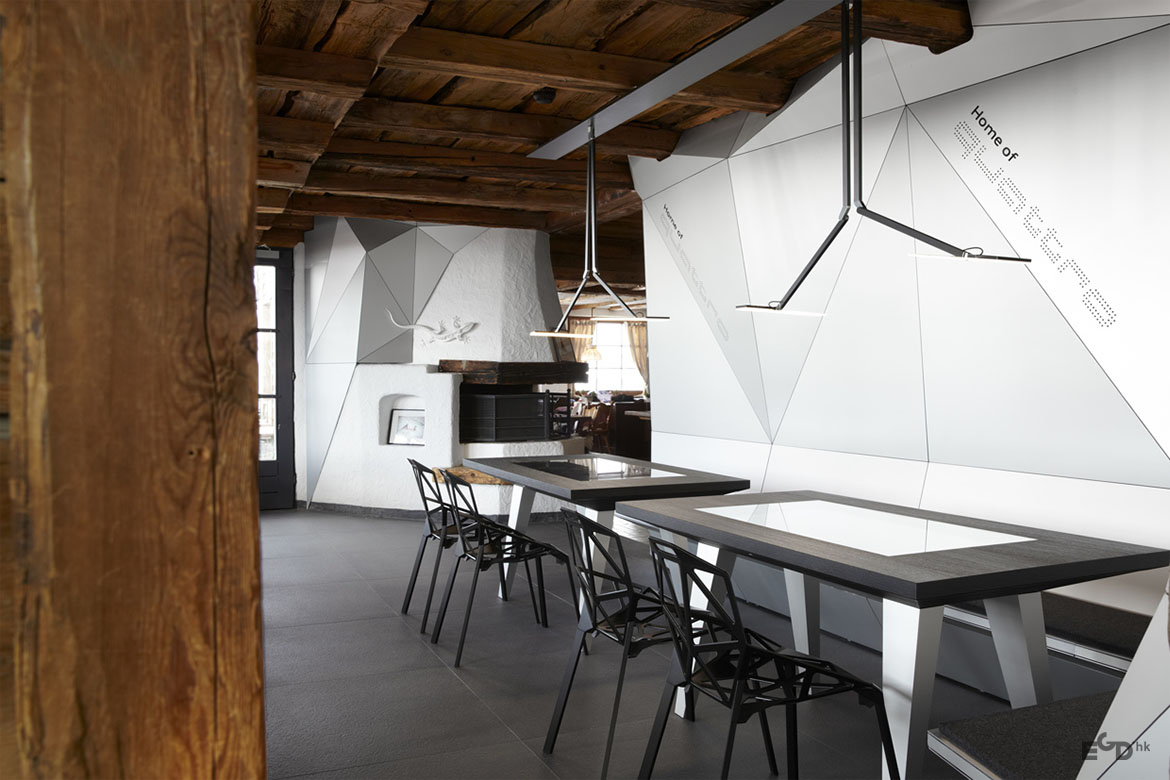 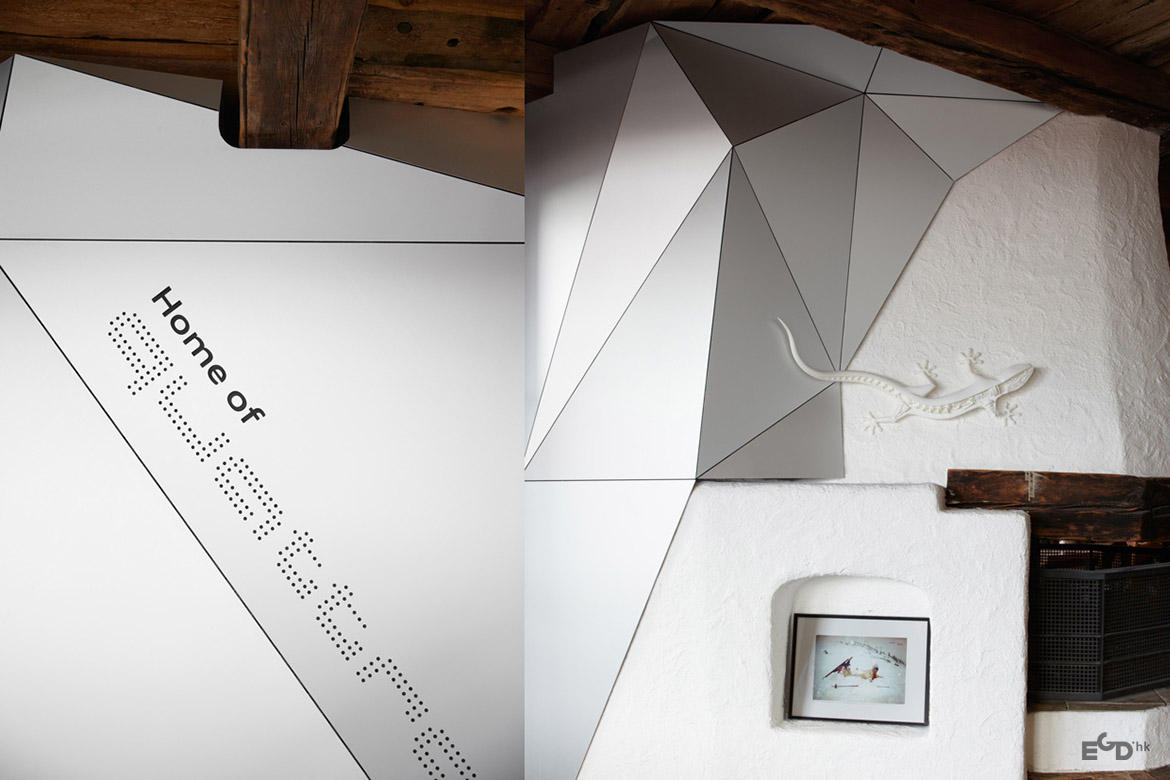 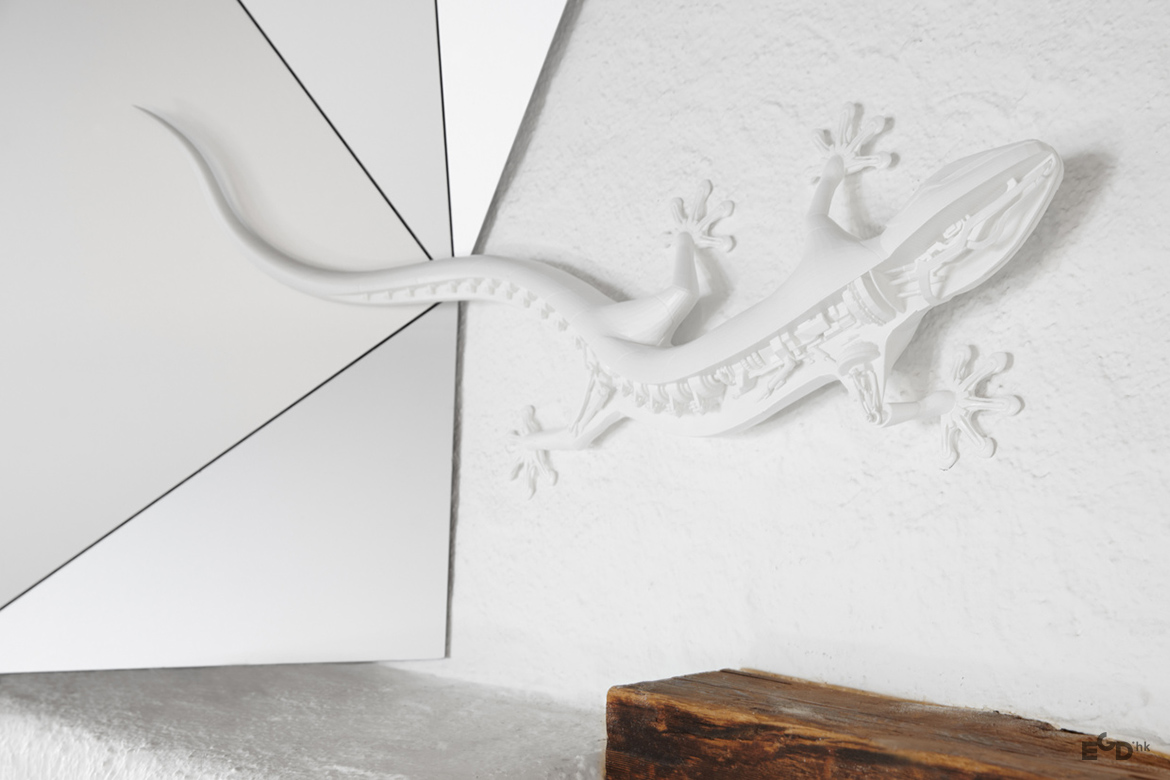 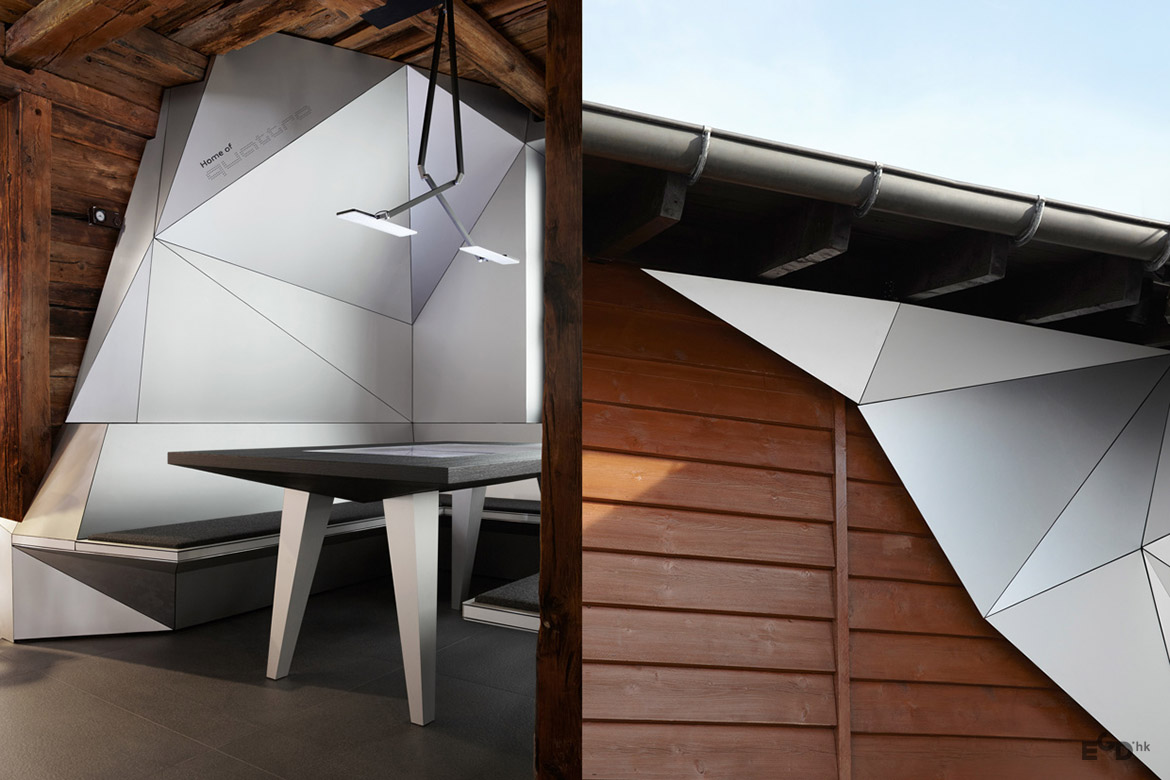 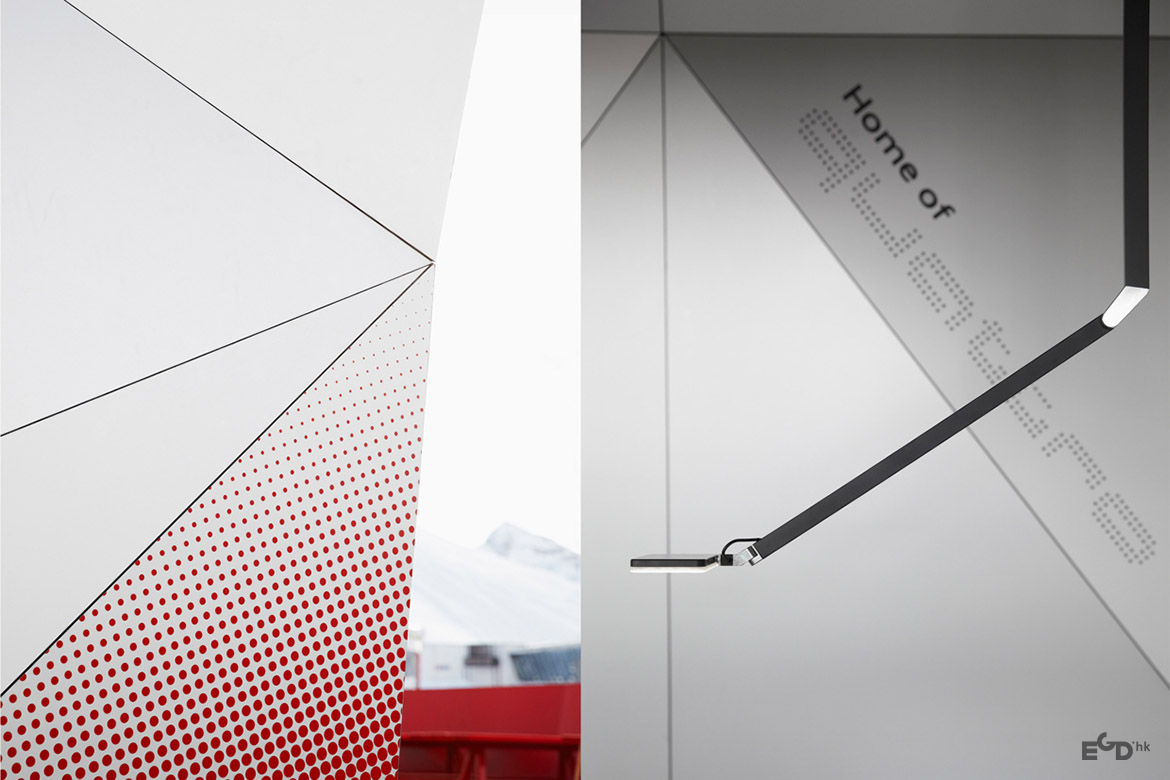